This is what happens when a dear queen meets a symphony. 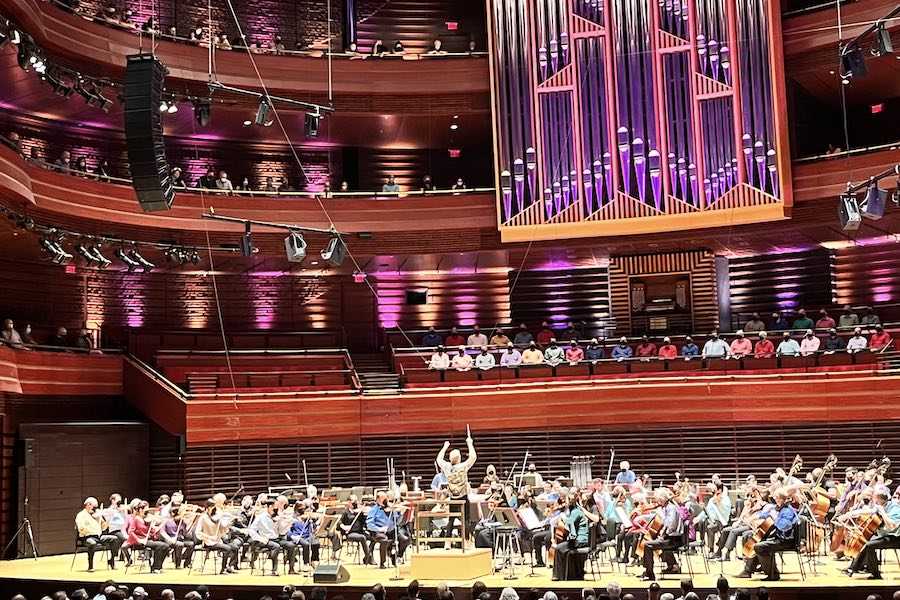 There was a special kind of holiday energy in the Verizon Hall of the Kimmel Center on Thursday night.

This wasn’t your usual Philadelphia Orchestra audience either – no more troubled in itself, but more energetic, younger and, dare I say it, gayer than regular patrons. They applauded even louder, and some of the loudest applause was reserved for the concert host: grande dame drag queen and chanteuse Martha Graham Cracker. Her voice rang in the loudspeaker, announcing that “since this is not the state of Florida, please say the word ‘gay’ as much, as loud and as often as you want.” 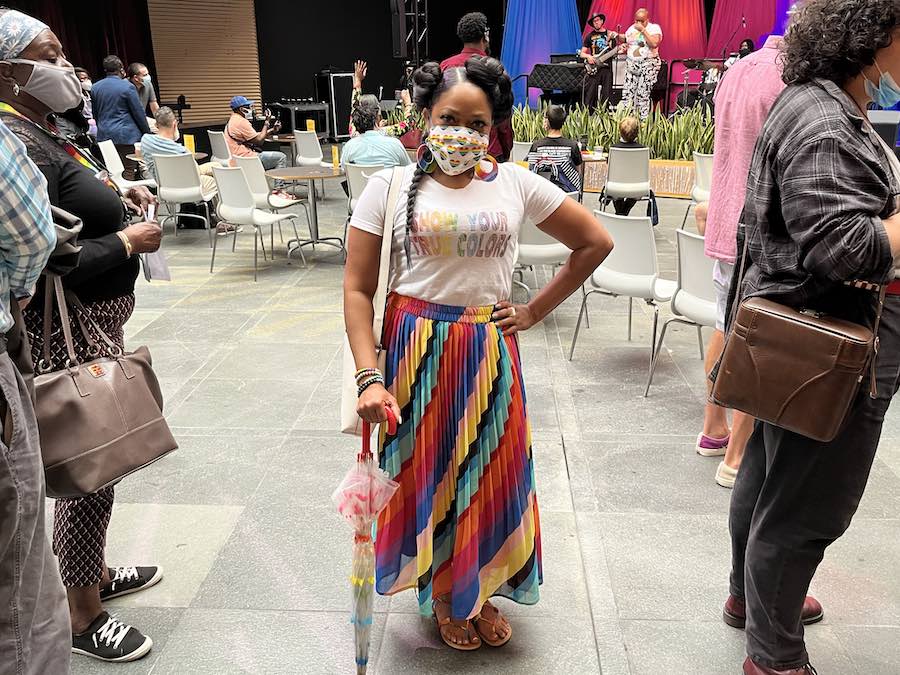 But before the hall doors opened, I walked down the hall to talk to some of the best dressed of the night. EsaDiva Maven caught my eye in a rainbow ensemble, including sandals, earrings, a pleated skirt and even her umbrella.

“I thought it would be a great event, especially because it’s free, to go out and experience the orchestra, especially for those who haven’t experienced it before, and what better day to do it. than on the second day of Pride. ” Maven told me. 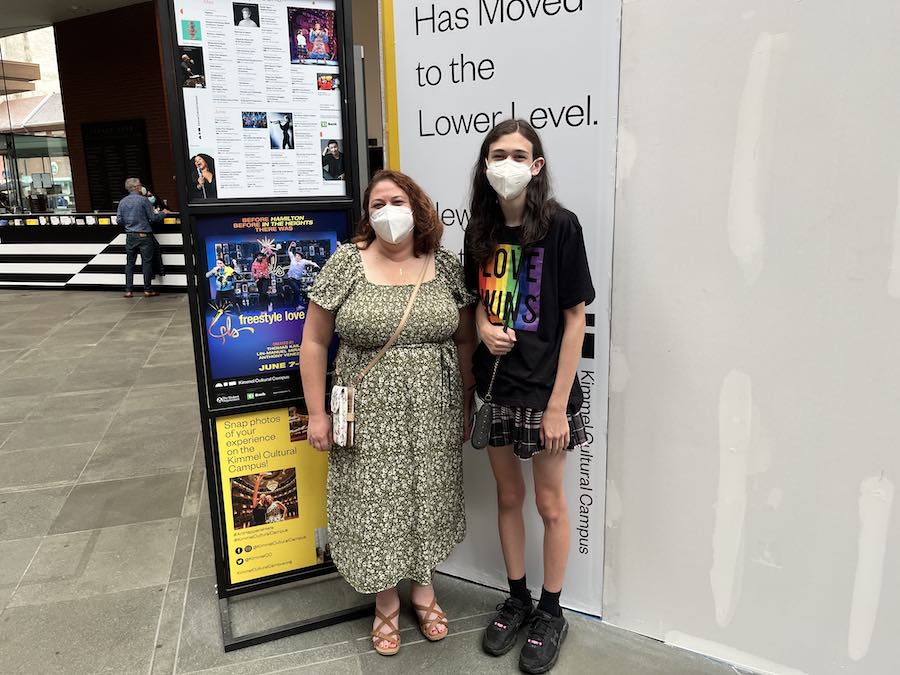 Shannon and Riley, participants in the Philadelphia Orchestra Pride concert

In the meantime, I found Riley showing a “Love Wins” rainbow T-shirt, and Riley’s mother, Shannon, in a corner, examining the future schedule of the Kimmel Center. Riley went to the Philadelphia Orchestra Pride Concert “because it’s a Pride event and I’m very, very gay.” And Shannon? “I’m here for the love of music and my kids,” she said.

In his opening remarks, Philadelphia Orchestra conductor Yannick Nézet-Séguin – in a combination of two mistakes – the correct making of bleached blond hair and high pink tips – announced that the night will be a celebration of LGBTQ + history. There were crescendos and plenty of euphoric moments. A highlight of the Philadelphia Pride concert was Corigliano’s “Chaconne for Violin and Orchestra” from Red Violin, with violinist Blake Pouliot; Nézet-Séguin joked that since it was a play by a gay composer, conducted by a gay conductor, it only made sense that “they chose a gay performer.”

Pouliot could easily have played the miracle violin, but his performance was electric. He writhed like a possessed man, growling, crooked, and even spitting audibly on stage. He was angry, passionate and wonderful. 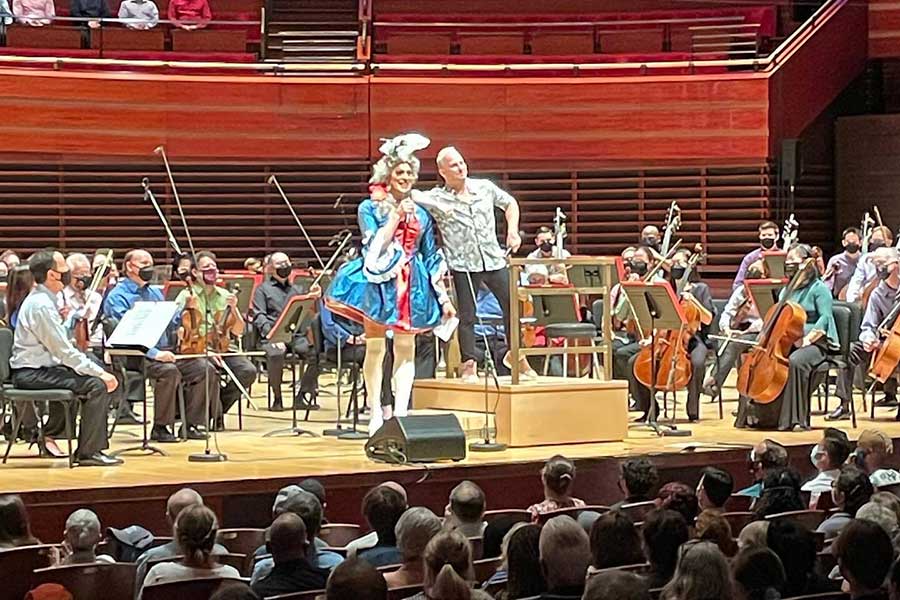 Martha, however, has been the favorite of the crowd since she set foot on that stage, wearing a Marie Antoinette bouffant covered in an ostrich feather that defies gravity. She flirted shamelessly with the conductor, led the crowd into a frenzy call and answer (clock Here) about the history of gay rights in Philadelphia and, in the most emotional moment of the concert, performed a stunning rendition of the song by Judy Garland: “Over the Rainbow”. It was suddenly an emotional tribute to the pain and struggle needed to get here, a reminder of the work that remains to be done, and a perfect encapsulation of the hope that art like the one on display last night can inspire. to strange people. In all of us, indeed.

Below, Martha Graham Cracker singing “Over the Rainbow” at the Philadelphia Pride Concert.