The traumatic clearing of West Philly’s University City Townhome encampment symbolizes the ongoing racial injustice of gentrification. One solution: The city should buy the property. 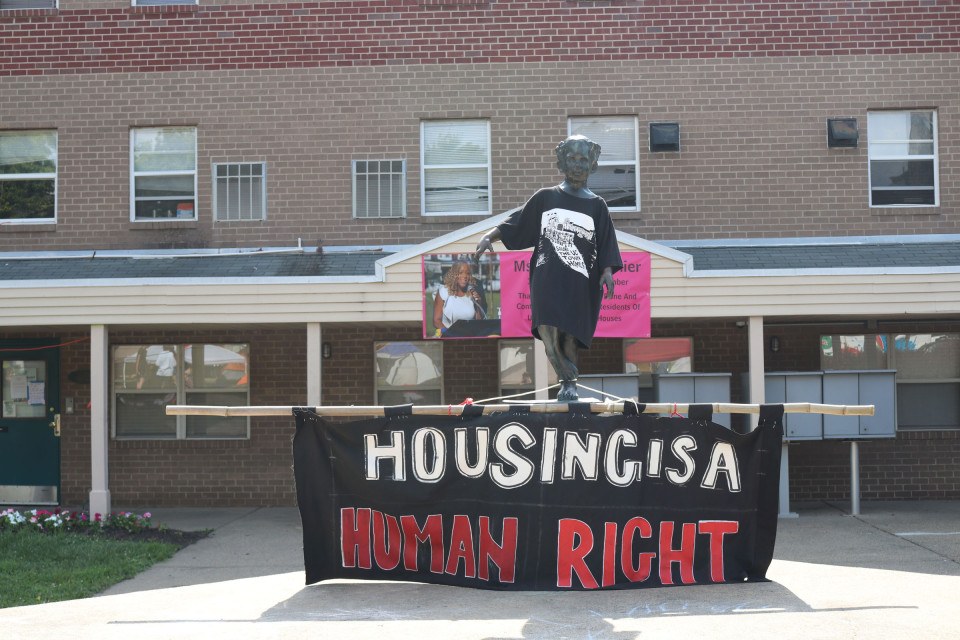 For the past year, residents of the affordable housing complex near the University of Pennsylvania have fought IBID Associates, which is putting the property up for sale. They have they made their demands known — stopping the sale and demolition of homes, giving residents a two-year extension, $500,000 in financial compensation for each displaced family, and more. But for the predominantly black and brown families who have lived there for years, it means being moved right into one of the most expensive housing markets in generations. While IBID distributes housing vouchers to residents, many claim that the city’s gentrification crisis has made it difficult for them to secure an alternative decent place to live.

At a time when local billionaires are joining forces to build new downtown arenas and certain city department budgets are seeing multi-million dollar increases, it is unacceptable that the most powerful among us appear not to prioritize a human right to the base. Philadelphia cannot continue to call itself a world-class city when it tolerates second-class citizenship. Currently, scores of innocent people are being forced to relocate due to developers’ greed and mismanagement.

By September 7th, UC Townhomes residents will be officially mandated to leave their homes, the places where they raised their children, share the holidays and mourn the loss. As the date approaches – and with the protesters freed – a sense of helplessness sets in. And here’s the thing: IBID has not even sold the property that is causing all this chaos. So there is one more way to make sure that the residents who are displaced are insured: the city of Philadelphia should buy the land. City officials have remained relatively quiet about that possibility — which needs to change immediately.

It’s the least the city could do after decades of developers like Penn steadily pushing black and brown Philadelphians out of their homeland. The reason UC Townhomes even exists is because of Penn’s development of University City in the 1960s and 70s, which forced Black West Philadelphians out of the neighborhood, then known as Black Bottom. UC Townhomes was originally agreed to be the safe space for affordable housing for those who were initially displaced. Now, Penn has remained conspicuously silent as IBID wreaks the same harm as the university half a century earlier.

This is what white supremacy and racial injustice look like.

This is what state-sanctioned violence against humanity looks like.

This is what an uncontrolled and failed system of raw capitalism looks like.

For law enforcement to tear down tents and destroy an affordable housing movement after two years of racial unrest is devastating. It’s heartbreaking to see families forced to live elsewhere and to know the damage it could do to their upward mobility. This is not just a land and business acquisition dispute as usual, but a violation of human rights that the city must immediately take on and resolve. Acquiring this property to provide permanent affordable housing for all residents who are now being forced out is the bare minimum to ensure temporary civility. But actually returning ownership of the land to current residents — who have already endured enough from the city’s failed leadership in protecting them — would be the real reparations they deserve.