In what is essentially a one-party city, an open section system would give voters a real voice in how the dominant party works. 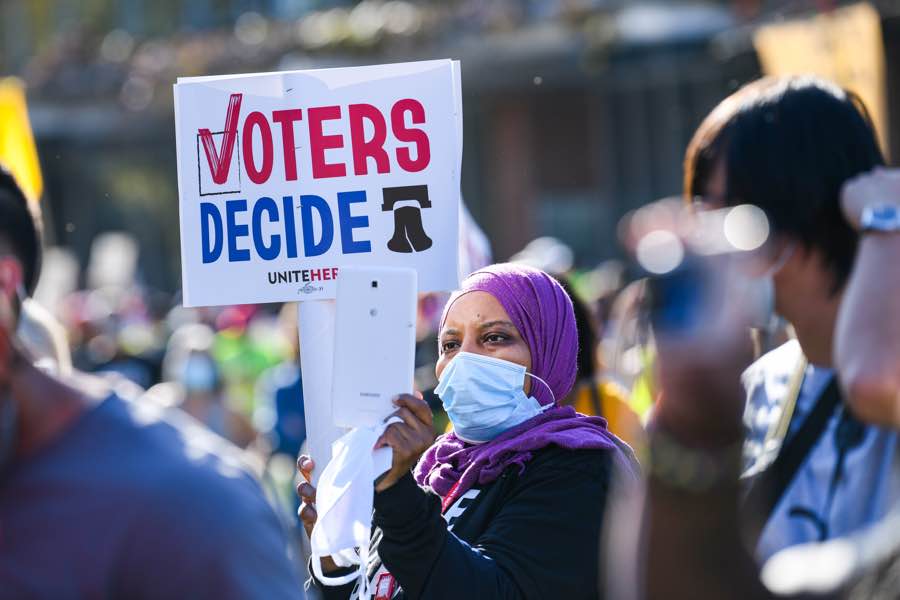 Would an open party system ensure that Philadelphia voters have more say in democratic politics? (Photo by Bryan Bedder / Getty Images for MoveOn)

It is difficult to follow the January 6 commission hearings on the attack on democracy at the Capitol of our nation and not be too concerned about the democratic principles in our own court.

This week, as the nation remembers that of former President Donald Trump constant and flagrant disregard for a fair election process, the Democratic institution in Philadelphia is accused of anti-democratic fraud. Namely, to refuse his own commissions – which serve as elected community links between voters, party leadership and political candidates – a say in party decisions. Following a primary election that clearly favored progressive candidates at the expense of the institution’s elections, a recent wave of inner struggles Among the members of the local democratic committee, regarding the selection of leaders in the complicated district system of the city, he reminded us that the fight for democratic electoral processes is a bipartisan issue.

The section system of our city is simple from a political point of view, but structurally complex. Philadelphia has 66 constituencies that serve as political units for tax and election purposes. There are committee members and section leaders in those sections. The members of the commissions are elected by the voters every four years to help with the voting. Then the people of the committee gather to elect a diocesan leader. The section leader is tasked with supporting political candidates, raising funds for the party, voting for the party seat, and recruiting volunteers on behalf of the section.

But here’s a messy fact: while the people on the committee must be voted by the people section heads it doesn’t have to be – and then shit often hits the fan.

Right now, legal challenges, the screaming matches and even the violence around the recent elections for the diocesan leaders call into question the whole system. In Section 46, which is not far from my section in Spruce Hill and Cedar Park in West Philly, the members of the Progressive Committee are claiming that they were not given a fair chance to nominate an appellant to choose the institution to lead the department, former board member Forever Jannie Blackwell (who recently lost … handy – her race for a seat on the committee). In section 22 of Mount Airy, progressives accuse their incumbent, Cindy Bass, to exclude their fellow committee members from the decision-making process.

These issues – by-products of the ongoing drama that occur every four years when the 1,703 polling stations in these polling stations end up electing committee members – speak to a broader argument: Progressives are increasingly calling for an open section system, while institution leaders would like the process to remain closed.

That is why this issue has become controversial in this election cycle. Judging by the many approvals that Senate candidate Conor Lamb received during the Democratic mayoral election, you might have thought he was a favorite ready to win big in Philly. When the election results came, however, he finished third. When you learn that most Philadelphia wards are closed, you begin to understand like this it happened. Closed section leaders, that is largely elected officials, former politicians and / or party leaders, supported the person they – not their constituents – preferred: moderate Lamb at the expense of progressives John Fetterman and Malcolm Kenyatta. Those diocesan leaders supported the candidate who will serve best their interests without actually considering how everyone else he was bent over.

Translation: A relatively small group of politically connected section leaders in the city have a say in who gets the support – and their election does not necessarily reflect the interests of their committee members and, consequently, of the section voters. . As a result, the current system of sections seems to be more rigged than democratic – which is why all sections should be opened to ensure the legitimacy of the process. Closed sections essentially create unelected fiefs. Open sections would counter this.

When people ask why turnout is lower than expected or why many young voters feel politically tired, this is one of the reasons. Being a member of the committee has been promoted as one of the easiest ways – beyond the vote – to get citizens involved in the political process. But the members of the commissions are essentially speechless in most sections and are expected to comply with the party’s request, so the post feels like a dead end. If the Democratic Party wants to be truly democratic, it should let the members of the commissions, who are directly elected by the voters, have a say in the section’s claims. You could argue that the party is free to set its own rules, but in what is essentially a one-party city, the way the dominant party works is everyone’s business.

The opening of the polls would lead to a more honest representation of Philly voters. It is becoming increasingly clear that voters are no longer relying solely on the approval of their constituencies – with good reason: those supporters are no longer connected to what voters want. If the Philly Committee of the Democratic City of Philly wants to keep the little that it has left, it will open all the sections and start really listening to the voters.