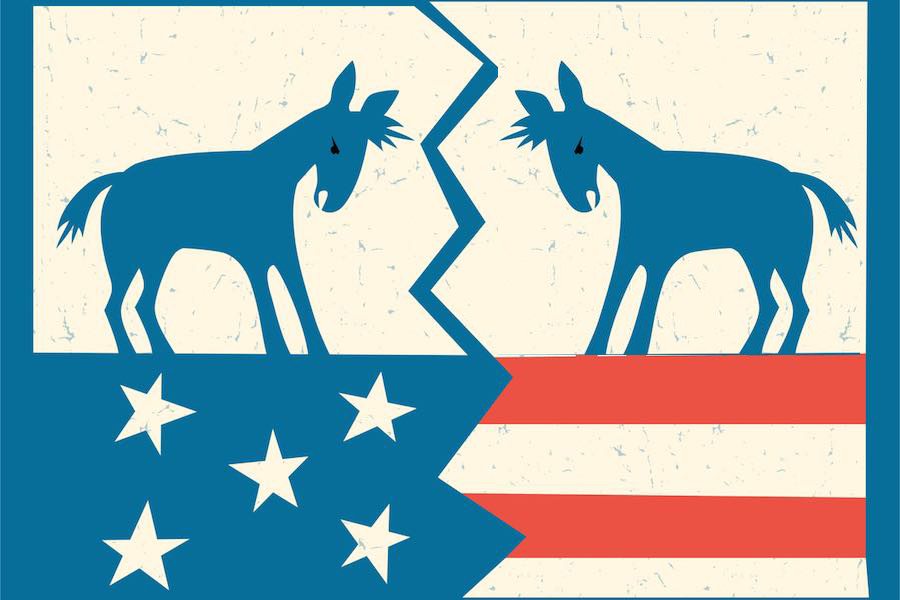 Are Democrats wasting too much energy fighting each other before the November midterms? / Illustration via iStockPhoto.

A wise woman once said“When you clown, the clown comes back to bite you.”

Someone should tell the Pennsylvania Democrats that because their pre-midterm stunts are back.

Earlier this week, state representative Chris Rabb made the crazy decision to attend a “by invitation only” community panel with Republican US Senate candidate Dr. Oz in Northwest Philly. Rabb, a progressive Democrat who has made a name for himself at odds with the establishment—Democrat and Republican alike—surprised his most devoted supporters when he later claimed that he “repeatedly tried to speak on the show and to make his voice heard, but he was never allowed to”.

“I was disgusted by what I heard at this event, which made it clear that Oz doesn’t understand my community and was only here for a photo op,” Rabb would later say. in a statement issued by the campaign of John Fetterman, Oz’s Democratic opponent. “After the program ended and Oz started addressing the cameras, I stood up, tore up Oz’s pamphlet and left.”

Rabb’s claim is now being contested by some black Republicans in that room, but a more important point emerged: It shouldn’t have been there in the first place.

Rabb is an unapologetic progressive who has it was already clear that he was not supporting Oz in the Senate race. I would say that nothing will happen in that room, with less than two months until the election, to change his mind. So why did he leave? I suspect it was an attempt to distract from Oz’s campaign trip to Philly with what Rabb hoped would be a media-attracting stunt (although sitting quietly on a billboard doesn’t seem like a stunt) . The result is that people (even his own support elected progressives) have now spent more time questioning his appearance there than condemning Oz. More distraction than action.

The same could be said about what happened last week when a majority of Democrats In the Republican-controlled state, the House of Representatives voted with GOP colleagues to hold U.S. Attorney Larry Krasner in contempt of the House for refusing to comply with legislative subpoenas. The amazing 162-38 vote brings the GOP one step closer in his attempt to impeach the progressive prosecutor. Philadelphia state Reps. Amen Brown and Danilo Burgos, who are Democrats on the House Select Committee on Law and Order Restoration, agreed with Republicans to recommend that the measure go to a floor vote. Other prominent Democrats such as lieutenant governor candidate Austin Davis, Mary Isaacson and others joined the vote.

The reason? Many Democrats argue that they are simply obeying the law.

“The message was sent today that no one is above the law, and it’s not okay for anyone in the state of Pennsylvania to think they can be above the law,” Brown told reporters after the vote.

I call bullshit. If Democrats wanted to appear more moderate (and tougher on crime) before the midterms, there were other ways.

It seems obvious that the Republicans are using Krasner to frame Democrats as soft on crime. And it’s easy to see political reasons for some Democrats to pounce on him. (Davis’s colleague, Attorney General Josh Shapiro, has history with Krasnerand in the primary, Krasner supported an opponent v. Brown.) So while the law-abiding defense might now play, “dirty politics” and the infighting within the Democratic Party only adds fuel to the GOP fire.

The mid-term elections take place on Tuesday 8 November. I would suggest a moratorium on stunts, buffoonery, and beef between progressives and moderates until after that date. The stakes are too high now for pettiness and gimmicks. Ordinary, non-political voters don’t care about partisan labels, name calling and token gestures – they want their rights protected and civility restored to our government.

Right now, I’m guessing the Democrats — no matter how far left on the political spectrum — are much better at this than Trump’s party. November 8th must show that in Pennsylvania we are not headed for the disintegration of fundamental rights. Right now, Democratic voters seem energized and united around these ideas. But party shenanigans jeopardize the energy to get to the polls. In the 2020 presidential election, voters flipped the state from red to blue. That momentum can continue if Democrats stay focused on turnout.

Between now and November, I’d like to see more Democratic elected officials working in Pennsylvania counties to make sure voters show up. Democracy itself is on the ballot. Nothing else matters.