PLCB is double charging some customers due to errors

Check your credit card account if you bought wine or liquor in the last week. Plus more of what the town is (or should be) talking about. 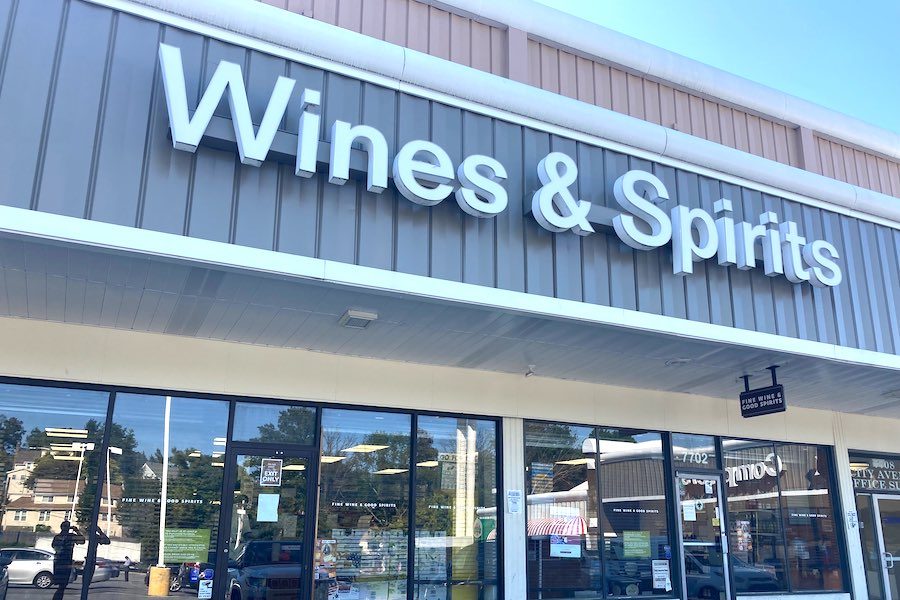 We heard from several readers this week that they were double charged for purchases at Pennsylvania Wine and Spirits stores in the Philadelphia area. Reports came in from PLCB stores in Flourtown, Roxborough and Lower Merion.

“I called PLCB customer service and they weren’t very helpful,” one told me, adding that her relative had the same problem at another state-owned store. “They admitted they had a very big problem with overcharging customers at the end of last week and this week.”

So I visited my local state store, which is different from those PLCB locations mentioned, to find out more. An employee at the state store told me that they, too, have had some issues where customers using credit cards were charged twice (and in some cases three times) for purchases.

“On Monday, we became aware of a payment processing glitch where some credit card transactions were going to expire,” he explained. “And occasionally, it would result in a double charge for the customer.”

Kelly, who said PLCB quickly fixed the problem, wouldn’t tell us exactly how widespread the problem was, though he did offer that PLCB has received about 50 calls from customers who were charged multiple times for the same purchase . Of course, due to the nature of the problem (your state store receipt itself wouldn’t show that anything was wrong), the only way you’d know if you were double-charged would be to check your credit card account, which is accurate which I suggest you do.

Top it off with pumpkin spice. We have one more week of summer

I was alarmed to see giant animatronic Halloween decorations at Home Depot a month ago. Then there are all of you who have been talking about your pumpkin spice on social media.

Listen. Today is Thursday, September 15th. I know my math skills aren’t the best, but I’m pretty sure that means we have one more week of summer left. And the forecast, in addition to the calendar, supports me in this regard. We have a few glorious days of highs in the 80s. No rain. And the ocean water temperature at the Jersey shore is still around 74 degrees.

So save your gaudy Halloween decor and pumpkin spice milk for another seven days and enjoy the last bits of summer 2023 while you can. Soon, no doubt, you’ll be complaining about how cold it is and freaking out when Cecily Tynan tells you there’s a chance of a whopping three inches of snow.

Delco’s Empire Diner was hit with a $1.3 million labor award

On Wednesday, the United States Department of Labor announced that a federal court ordered the people who run Delco’s Empire Diner to pay more than $1.3 million in back wages and damages to more than 100 employees. That’s because the restaurant had illegally taken money from the server’s tip pool and used the cash to pay the travelers’ wages. (A lawyer representing Empire Diner did not immediately return a request for comment.)

“Tipped workers in the food service industry rely on their hard-earned tips to make ends meet,” a Labor Department official said in a statement. “By misappropriating some of these tips, restaurant employers are violating federal labor laws and harming workers and their families.”

You can read all about the decision Here.

Each year, Philadelphia Brewing Company grows its own hops in a local garden for a popular seasonal beer. Unfortunately, fans of that beer will have to wait until 2023 for the next batch. You can blame the city.

The hop garden initially received a violation from the city for overgrown weeds. But when an inspector came out and found out that these weeds were actually hops for small business use (there’s a sign there that says so), he apparently gave them the OK. Unfortunately, the city still cut the non-weeds because of what the city calls a “miscommunication and staff error.”

Philadelphia Brewing Company says it is losing more than $10,000 in revenue. The city says it’s trying to figure out how to fix the problem.

In case you missed the Emmys on Monday night (most people did), not only did you miss Sheryl Lee Ralph’s incredible acceptance speech. You also missed Quinta Brunson accepting the Emmy for writing about the Philly hit Abbott Elementary. And you also missed Jimmy Kimmel’s antics during her acceptance speech. He lay down on the stage in front of her. And it just stayed there. Kimmel got it many of criticism for it.

Well, on Wednesday night, Brunson appeared on Kimmel’s late-night show. And he got the apology everyone thought he deserved. You can watch it below:

There was more good/bad news for the Phils last night.

Bad news first. The game got off to a slow start as the Marlins (apparently the Phils only play the Marlins anymore) scored a run in the first. The biggest thrill of the year for the Phils came when Rhys Hoskins was hit in the hand by an Edward Cabrera pitch in the third. Hoskins initially stayed in the game but left to have X-rays later with the prospect of a third straight season-ending injury. (They were negative, thank goodness.)

That was it for the Phils until the sixth when Bryce Harper hit an opposite field homer to tie the game. This was immediately followed by another homer, this one by JT Realmuto, which put us up by one. And the inning kept rolling, Jean Segura doubled with two outs to score Bryson Stott, who singled, to make it 3-1. The seventh also proved generous, with the Phils scoring three more, though the number of pitching changes for the Marlins was mind-numbing.

And speaking of pitching changes, Zach Eflin took the mound in the eighth for the first time since late June while wearing a knee brace and got three outs on 11 pitches. Yay! Kyle Gibson pitched six strong innings and Hand, Brogdon and Eflin held the line for him in the 6-1 win.

This it could really happen, folks. May be. About. Please. However, let’s not do it. — Sandy Hingston