Plus: Students need “parental pronoun approval” at a local school. And more of what the town is talking about (or should be talking about). 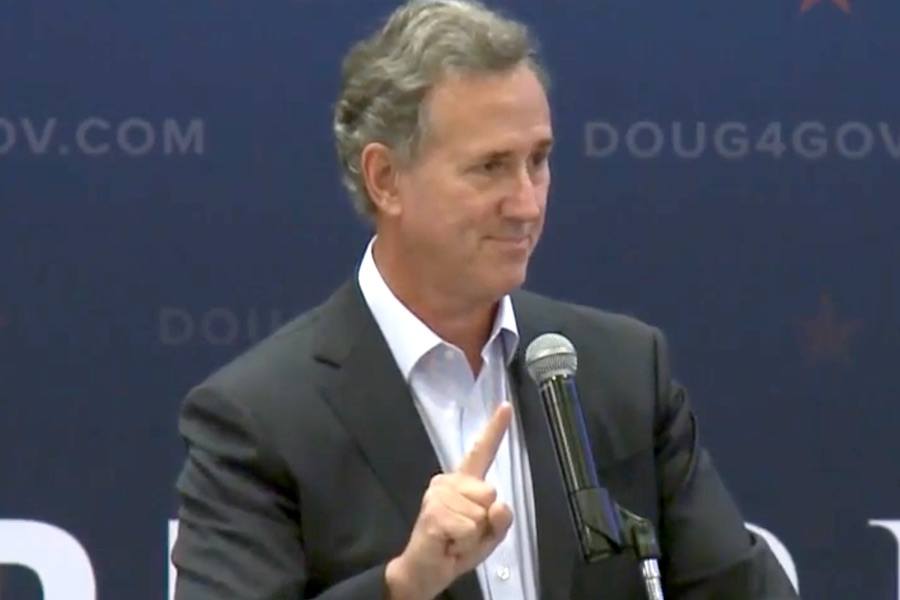 Doug Mastriano hires Rick Santorum to help him in Delco

Some Republicans are a little worried about the upcoming midterm elections. They are worried about a liberal backlash in the light roe. They are trying to distance themselves from Donald Trump’s crazy rhetoric, realizing that leaning a little more moderate might be the way to go this time. But that’s not Doug Mastriano, who brought none other than Rick Santorum to Delco Thursday night for a little help in his gubernatorial campaign against Josh Shapiro.

You remember Rick Santorum. He’s the incredibly conservative Christian nationalist who served too long as a senator for Pennsylvania. Santorum ran for president twice. He produces Christian films. Santorum was a hired gun at CNN until 2021, when he made some remarks about Native Americans that didn’t go over so well.

In fact, one of the funniest comments I saw online about Santorum’s rally for Mastriano in Delco was one that tagged Savage, suggesting that he pull a Santorum on Mastriano’s name. (Side note: This led me down a rabbit hole looking for useful domain names for any anti-Mastriano internet campaign. I have to say I was surprised that NoMastriano.com, MastrianoNo.com, MastrianoSucks.com, SayNoToMastriano. com and MastrianoBlows .com are all available. For now. Maybe Shapiro needs to hire John Fetterman’s trolling team.)

In any case, the Santorum-Mastriano rally in Delco was held at the Drexelbrook Event Center, where the last notable event was a 98 Degrees concert in January. Thursday night’s rally was not one of the press-free zones for which Mastriano has become known. At least two TV news reporters were there, including 6ABC’s Jaclyn Lee. When Lee checked in at the registration desk, I heard the pleasant woman at the desk say to him with a smile, “Please write a That’s great story.”

Santorum pooh-poohed poll showing Shapiro ahead of Mastriano. He told the all-white crowd that what matters is what happens on Election Day. And on November 8, Santorum believes, Mastriano will emerge victorious.

Ah, Bucks County. That bastion of free expression, free thought and general tolerance. According to this report, teachers at a Bucks County high school must now get parental approval before using a student’s preferred name or pronoun. It is part of the school 1984– survey of the Gender Identification Procedure.

I think this Applicant the title says it all: “Outraged since Jan. 6, Bucks was ousted from elected office after being convicted and said he would shoot Pelosi in the ‘scary brain'”

What are you doing this weekend?

It’s the last weekend of summer, so I’m off to the Jersey Shore. Taking a bike ride on the boardwalk. No doubt, the mercy of a spray of sun protection from some ignorant people. If Jersey Shore isn’t in the cards for youhere are 91 more ideas for things to do this weekend.

The Phils played the Marlins in Florida. Again. They had to come from behind. Again. This time, they didn’t — although Brandon Marsh (we’re starting to not mind our hair so much) did his worst, collecting his first four-hit game. Noah Syndergaard started and was fooled by, among others, Bryan De La Cruz, who hit a three-run homer. Final: 5-3. Of note: even hubby, who isn’t a big fan, noticed the lack of bums in the stands for this game. Official attendance: less than 8,000. You have

Oh, and it was Thursday Night Football, but it was on Amazon Prime, on a contract that runs until, gulp, 2032, a date chosen no doubt because by then, all the old geezers like me who can’t figure out how/aren’t willing to stream games will be dead. The Eagles’ only Thursday night game is against the Texans on Nov. 3. Texans. we will live — Sandy Hingston