Plus: pre-dawn tailgating eagles, a looming deadline, and more of what the town is (or should be) talking about. 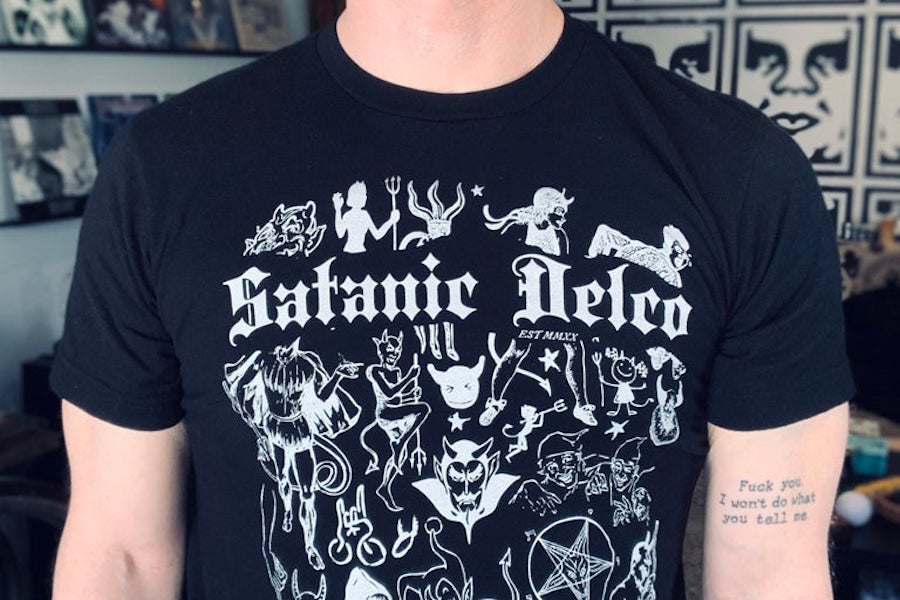 Of all the issues facing schools today, you probably didn’t think satanic clothing would be one of them. And yet…

The Garnet Valley School District has quietly amended its dress code to delete its ban on satanic clothing. Or cult clothing, for that matter.

But in the updated dress code for the 2022-23 school year, administrators removed “satanic/cult references” from the no-no dress code.

“Garnet Valley students are now free to express their Satanism on an equal footing with their peers of any other faith,” a Satanic Delco representative said in a statement. “Thank you to those in the school district who finally made the right choice to remove discriminatory language.”

Now where are all those students going to buy their satanic clothes? Satanic Delco happens to have a complete line of merchandise for sale, t-shirts included. A veritable boutique Beelzebub, if you will. A Mephistopheles square. OK, I’ll stop.

The Garnet Valley School District did not respond to our requests for comment.

Speaking of things some schools forbid

Now That’s it Some early tailgating

The game doesn’t start until 8:30 p.m., but Eagles fans are already outside the stadium before dawn.

The city has agreed to extend the deadline for its first-tier reviews of the controversial property assessments that residents have received (and complained about) in recent weeks. But the term for the more formal the call with the Board of Tax Review (you can do both — they’re separate processes) goes nowhere and remains on October 3rd. Only two weeks away. You better move.

They didn’t have that when I was in college

Penn seniors created Breadheads, a startup that provides home-cooked dinners to Penn students for about $6 per meal. Well, $8 if you want dessert. And what student doesn’t want dessert? The daily menu is released every day on Instagram. More about Breadheads Here.

what are you doing this week

My colleague Laura Swartz with some stellar suggestions.

Not quite the brightest, brightest moment in sports last weekend, as the Phils, still in the hunt, rolled over and played the Braves dead in three straight games — and guess who’s going to play Atlanta four more times. week? Friday’s 7-2 loss featured an epic collapse by Seranthony Dominguez in the 8th inning. Saturday’s game was at least close at 4-3, which do you think is better? Sunday’s loss was 5-2. There was a great quote from Phils outfielder Brandon Marsh as reported on Twitter by Inky’s Alex Coffey: “I know I look 50, but I’m only 24.” One word, kid: Barbasol. The hunt continues Tuesday at CBP against the Blue Jays before the Braves fun begins.

Meanwhile, also on Saturday, the scoring-like-mad Union was lucky to get a 0-0 draw against Atlanta United. “Lucky” because Andre Blake was a monster in net with five saves, including two where you just said, “How hell didn’t that go in?” The defense, at least, looked good.

In college news Saturday, Temple nearly came back against Rutgers in its home opener at the Linc behind QB EJ Warner, but fell short in the final minutes, losing 16-14. You know what they are talking about almost.

Maybe all that had us gearing up for the Eagles against the Vikings tonight on Monday Night Football. I mean. How bad can things get, right? Fingers crossed, toes crossed. Go birds. — Sandy Hingston