When unpopular minority opinions go beyond the will of the people, it’s time to stop being polite. 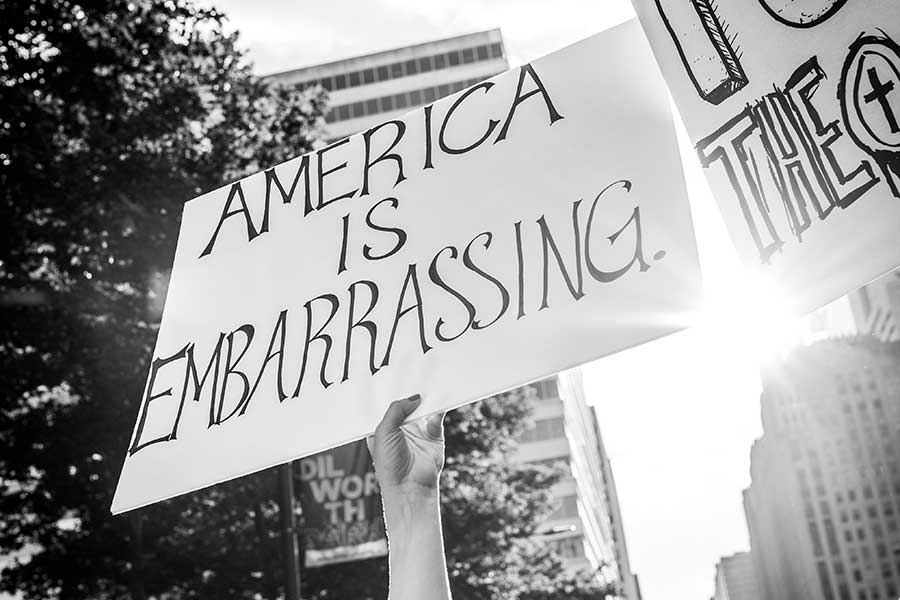 Last week’s landmark reversal of Roe v. Wade by the Supreme Court should not be a shock to anyone.

There have been threats to end the right to abortion decades – long before the Conservatives hold the majority in the highest court in the country and years before Donald Trump becomes president. While it’s easy to point the finger at the current powers that violate the reproductive rights of millions of Americans, society should look in the mirror – and look back.

For years, Democrats and moderate Republicans alike tolerated “pro-life” politicians and treated the issue as a mere difference of opinion. In 2016, the first woman to be nominated for US presidency by a major political party she chose a pro-life man to be her running partner. The political party that argued in favor of the election never codified Roe v. Wade in law when he had the opportunity. Even the conservatives who supported the precedent they unjustly put their faith appointed to the Supreme Court who had other plans. And let’s not forget that the Federalist Society spent decades recommending regressive judges (like Judge Amy Coney Barrett) who made it clear that this was their agenda all the time.

Now, not all Americans can say “my body, my choice” because of the bipartisan compromises of our elected officials.

We are often told in America that the majority rule in a democracy – that popular opinion has the last word. So I assumed that in a democracy, we can tolerate unpopular opinions because they will not have the power to affect us. The purpose of finding “common ground“With those who tried to take away individual freedoms, they should always have been framed as a renunciation of the braver response to actually retaliate. But as long as the majority of our population has been in favor access to abortion, same-sex marriageand other progressive rights, many of us have treated threats from the minority as empty.

Flash news: This country has elected a man who lost the popular vote and gave him power (with the help of a obstructionist senator) to name Three Supreme Court judges who have just overthrown legal precedent that was favored by the majority. Unpopular opinions are gaining unwarranted power in this version of democracy in the circus mirror. You can blame anti-democratic institutions for that as the Electoral College and a Senate that disproportionately favors small statesto add disorders.

If there was ever a time when you wouldn’t let history repeat itself, it would be right now.

For those who have embraced those who would challenge the rights for which generations of working class activists and citizens have fought – it is time to push the line. The bad guys win and are largely due to those in our circles who have normalized their behavior.

Don’t be afraid to cancel the culture and defend what is right – lives are on the line.

Stop treating the opinions that give us back as a society as a civil discourse – there is nothing “civilian” in removing long-held rights.

Stop trying to rationalize the madness of those who are steadfast in their quest to take us back to the Dark Ages – they don’t bluff. We shouldn’t be either.

In the upcoming elections, the majority of voters who are pro-choice, pro-marriage and pro-civil liberties must challenge the establishment forces that would try to persuade us to compromise. It is time to shout to the pro-life members of the Democratic Party: They are not really representing us.