What does the Uvalde shooting have in common with Buffalo, Philly’s violence?

A recent model of these tragedies is that they involve marginalized people killed in institutionally neglected spaces. We need to look carefully at why this is so. 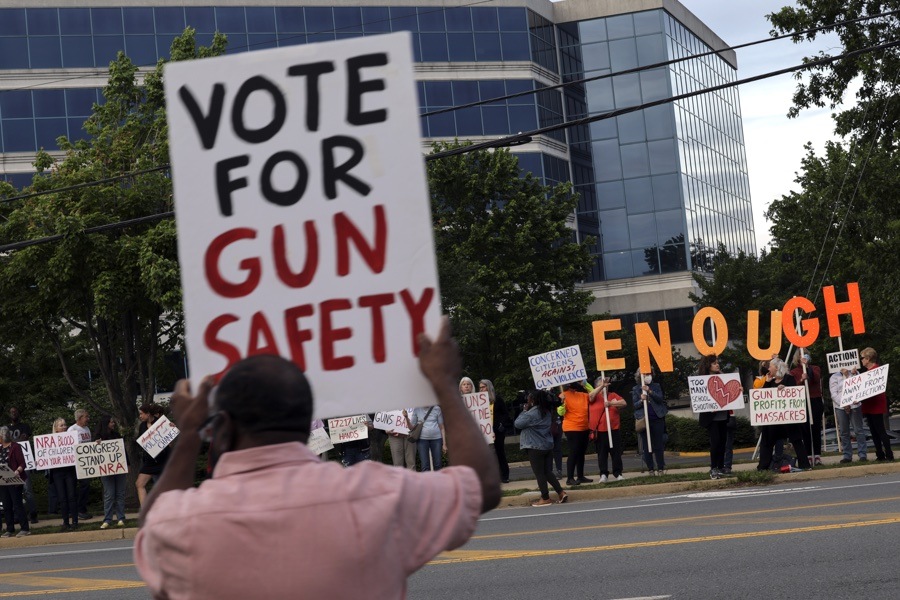 I’m not going to lie – it’s tiring to write this.

Last week, 10 people of color were killed by an armed gunman at a grocery store in Buffalo, New York.

Last weekend, six people of color were killed shooting in Philadelphia on the hottest weekend of the year so far.

Tuesday, 19 children and two adults who were mostly Latin Americans were killed by an armed gunman at a public elementary school in Uvalde, Texas.

There is an undeniable pattern in this carnage that is regularly overlooked in the midst of “thoughts and prayers” and performative calls for action from politicians who will return to politics as usual once the news cycle is over. So often, these tragedies come together as part of a bigger problem that is too unfathomable to address. The following becomes a debate comprehensive arms control (which is reasonable) or a conversation about mental health issues and political lobbying behind it. But these are superficial arguments that do not reach the real reasons why such tragedies continue.

Translation: The perpetuation of mass shootings in America says a lot about the comfort of white people with the inequity and the continual harm that inherent privilege causes.

That store in Buffalo that was terrorized is in a former food desertone that the inhabitants of color fought for years fill.

The six people of color killed in Philly were mostly in zip codes which are affected by deep poverty.

That diverse public school in Uvalde, Texas, is part of that state underfunding cycle public education.

It should come as no surprise that victims of such gun violence are often poor, working class and / or marginalized, black and brown people living in the neglected pockets of society. The only time the general public seems to care about gun violence is when these incidents are mass shootings, rather than more isolated acts. When rich and predominantly white areas such as Newtown, Columbine, Parkland and Squirrel Hill (Tree of Life Synagogue) were victimized, national gun control talks were quite common. We pay a lot of attention to shootings again, because they take place en masse – without really researching how society ignores less newsworthy incidents.

There is a reason: gun violence is real a matter of racial justice which disproportionately affects and kills black and brown people in ways that whites don’t care until tragedy knocks on their door. Gun control is a conversation that black and brown people talk about more often, because shootings are more common in our lives due to a faulty system.

It should come as no surprise that the decision-makers who have the political and institutional power to address this issue are largely white and male. This is how maintaining white supremacy shows – maintaining a bureaucracy of power that benefits and protects wealthy white people at the expense of others. No one is talking about gun control, because the lives of blacks continue to be disproportionately affected by gun violence – but there is a mass shooting that is attracting media attention and the energy is changing. When it’s a shot at school, It is inexplicableand people become energetic and angry, but when it’s another kind of gun violence, it is somehow explainableand the indignation barely boils.

Regardless of the identity of the shooter, gun violence in this country will never affect a country club, private school or closed white community as often as an urban recreation center, an underrepresented place of worship or a corner shop. When I received a phone alert about a mass shooting, I was conditioned to react with fear based on my identity and background, knowing at the same time that a disproportionately powerful subgroup of the population could sleep well. This is not a democracy, but an oligarchy – one that strengthens a level of privilege and protection for some, but not all.

As long as I am alive, this injustice has been socially acceptable. This city, this state, and this country are now allowing for food waste, underfunding public schools, and making poor neighborhoods perish. These kids it has ceased to be “our children ”a long time ago. The ideals “Take care of your neighbor” died once gentrification knocked on the door. The constant rejection Efforts on diversity, equity and inclusion in society show us that citizens are not really willing to walk unless they are forced to. We live in a world where we have allowed a hierarchy of concerns around certain groups of people, and unfortunately that has not changed with who shot in America.

So why do white people continue to be amazed by all these tragedies? I think that’s because it’s easier to react than to struggle with the role that someone is playing with these issues.

It is difficult to reflect on these current tragedies and not to mention that Wednesday marked the two years since the assassination of George Floyd. Immediately after his death, there were massive protests and calls for action. White people, at that time, made great commitments to be better, made symbolic gestures and gave money for things.

Today, as the paint fades from all those murals and streets commemorating Floyd’s death, so are those promises.

If there is any hope in the fight for gun control, it is up to the white people to take responsibility for doing so.